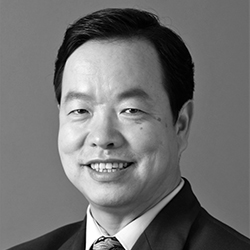 Mr. Zhang is co-founder and Executive Director and of CMIC Ocean En-Tech Holding Co. Ltd. (previous TSC Group Holdings Co. Ltd.). He obtained his Bachelor degree, majoring drilling engineering from the China University of Petroleum in 1982 and acquired his Master’s degree in Petroleum engineering from the University of Alaska-Fairbanks in the U.S.A. In 1989 and he receive an Executive Master’s in Business Administration (“EMBA”) from China Europe International Business School in 2012. Mr. Zhang has decades of experience in the oil and gas industry. Prior to founding the Group, he worked for a subsidiary of the CNPC group in China and for Cook Inlet Region in Alaska. Mr. Zhang currently is a member of several oil industry associations and professional organizations including the Society of Petroleum Engineers and the American Drilling Engineers. 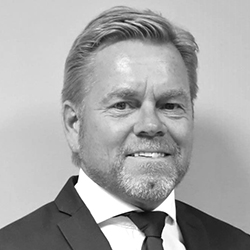 Mr. Indrestrand is the Founder, President and CEO of OIM Ltd.
He has more than 30 years On & Offshore related industry experience, the last 25 years within the Oil & Gas industry Onshore & Offshore in Norway, Middle East, Far East & USA, this includes work undertaken for Oil Majors as well as for EPC Contractors.
Mr. Indrestrand started his career in the Maritime Industry on the West Cost of Norway as a Certified Welder, and the completion his Apprenticeship in 1986. Follow on, he then completed his Degree as International Welding Engineer, he is also a Certified Lead Auditor accredited by DNV-GL.
Mr. Indrestrand have through his worked in different Construction and Project Management positions before the establishment and development of OIM Ltd. became his life ambitions.
He has an extensive knowledge of the Offshore industry, and sit on a large and worldwide professional business network built up over the years in the industry.

Mr. Indrestrand is a Norwegian citizen, and was born in 1965 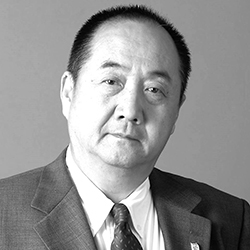 Mr. Bing Hua (Bing), is co-founder, Executive Co-Chairman and an Executive Director of CMIC Ocean En-Tech Holding Co. Ltd. (previous TSC Group Holdings Ltd.).
Mr. Bing Hua has over decades of experience from the oil and gas industry Worldwide. Prior to founding the Group, he worked for the Sinopec Group, the CNPC Group and China National Offshore Oil Corporation (“CNOOC”) in various positions such as Driller, Drilling Superintendent, Drilling Manager, Operation Manager and Company Representative.
Mr. Jiang Bing Hua obtained his bachelor’s degree in Offshore Structure Engineering from the Tianjin University in the PRC in 1980 and acquired his master’s degree in Business Administration from the University of Dallas in the U.S.A. in 1993.